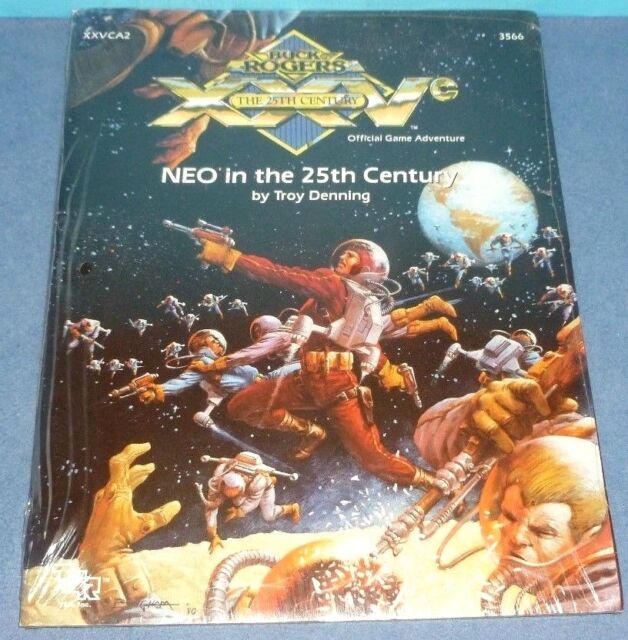 Some new items and rules are also provided for, for instance life suspension, cybergenetics and various types of ship sensors, as well as a few creatures and statistics on various RAM soldiers. Personally, I think this is a mediocre supplement. 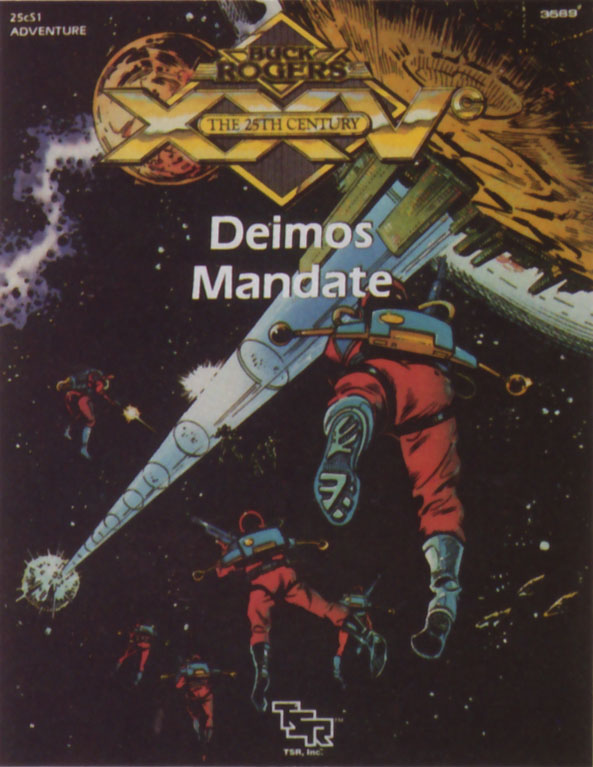 Though fairly well written certainly better than I would be able to! Though there's certainly enough information on various parts of RAM - for instance, the judicial system is dealt with over several pages - something as interesting as Martian Free States is rather sketchily outlined. It is Buck Rogers, so I wouldn't miss it for the world, but it doesn't really contain essential information.

The tech items are fairly good, however - but the description given in the flavor text and the statistics given in boxed text doesn't always match.

Minor, yes, but oh so annoying. No wonder I got confused when the same format was used for supplements, scenarios and what had you. I really do like the full color maps, though. I've never used them, mind you, but they're pretty to look at. Running around in the Asteroid Belt mostly , they meet a wide variety of individuals, as well as new gennies and what have you. The idea is interesting, and the writing is at times inspired. However, there's sometimes a slight discrepancy between the flavor text and the boxed statistics again - for instance, one particular NPC doctor is described as a "bug-eyed, tubular-tongued gennie", but is denoted as a Martian in his accompanying stat box.

Minor, yes, but these minor details soon get annoying. At least all TSR products are very-well proof read - there are few to none spelling mistakes to detract from the fun. Not like HERO products at all. The appendices are very, very short. It seems that some - perhaps a lot - of information was cut to make this scenario 64 pages. Perhaps the art took to much space - what do I know? Anyways, the scenario is entertaining but seems disjointed. I haven't played it, though, so I really don't know how it plays.

More inspired writing than in the [ Mars ] supplement, this supplement expands on the various arcologies, sprawls, and other features of good ol' Earth. Of course, a few choice items of technology and gennies are added as well, though some too-specific stats make the personal computers offered there seem a bit ridiculous: "Wrist Computers, these marvels of computer technology One gig? Give me a break.

We'll have those calculator-sized computers within three to five years at this rate, and not in years It would be better if they made the "Megapulse" copout of Shadowrun, which then avoids this type of errors. Anyways, that's just entertaining and does not really detract from the supplement itself.


I really like this supplement, and if I had to choose between this supplement and the Mars supplement, it wouldn't really be a contest. In this scenario, the player characters are sent on a mission of mercy - to rescue a certain NEO sympathizer from the clutches of RAM. The catch? Said sympathizer is on Mars itself! This does make things a bit more Deimos Mandate is a fairly linear scenario, which seems fairly streamlined - though to a certain extent, characters are railroaded along.

The Mars accessory is useful, but by no means necessary to play this scenario. This is also the scenario where a certain Terrine is introduced - Marcus Wulfe. Over the next few scenarios released, Marcus Wulfe would be a recurring NPC - a formidable warrior, always striving to catch, mutilate or straight out kill the player characters if they take a wrong turn somewhere.

This is what I would rate as a good scenario. There are plenty of maps - though there is no map insert - which should simplify running the various encounters. It is a bit combat-heavy, though, with few possibilities of fast talking - but plenty of swashbuckling action and John Woo style firefights. No full color map insert in this one either.

It is the second in a loosely-interconnected series of scenarios, where they are harried by a RAM Terrine called Marcus Wulfe. Interestingly enough, his statistics vary in the various scenarios - not just levels and skills. Oh well, one can't have control over it all, I guess. Sargasso of Space is a MacGuffin-hunt.

A prototype NEO cruiser has been stolen from a ship yard by a previously unknown type of gennies, and it is up to the player characters to find them. Though the Solar System is a large place, these gennies happen to be of quite an unique appearance, and moreover are RAM deserters, so they've made for the Belt.

Though this adventure expands a bit on the Belt, the Trojans asteroids in two specific Lagrange points between Jupiter and Sol and provides a new gennie, what it really does is to introduce the concept of "bottles", custom-built space stations that provide a specific climate, terrain or whatever in a simulated environment.

A bottle might be anything - from a completely submerged environment though it would be a hassle to get that much water to a specific point in space up to and including custom-built resorts for the fantastically rich. I peg the scenario itself as fair to good, though I must admit I haven't played this one either. It does have the familiar loose cover with a lot of information, but it does not have any map inserts. Bit of a letdown, that. This scenario does contain the stats of a few prominent NPCs - Carlton Turabian is perhaps the more familiar of those, and the leader of the Salvation III space station - as well as some new equipment and a lot of ship statistics.

Actually, this scenario is more heavily oriented toward ship-to-ship combat than any of the previous offerings, but does contain opportunities for a bit off cross-country driving and a few fire fights as well. As the title suggests, this scenario deals with what might happen if someone managed to synthesize a form of Gravitol a drug used to counteract the negative effects of zero gravity that could be produced anywhere in the Solar System, and not just on Venus.

Mayhem, that's what. One would imagine that RAM would not stop at anything to get its filthy hands on something like that - and, indeed, RAM doesn't.

Our intrepid heroes just happen to be in the thick of it again, though, so with a little luck everything's sorted out in the end. I don't really like prepackaged scenarios. I wish I owned some of the Sourcebooks. My take on the setting itself is that it was an attempt to update all the tropes of the old comic strip by trying to find current scientific or quasi-scientific mechanisms to justify them. So, instead of aliens inhabiting the other planets of our solar system, Earthlings terra-formed Mars and Venus, and the tiger-men and other weird creatures were genetic experiments.

It was a step from pure Space Opera fantasy to more of a mixture with harder Science Fiction. My aim with the new CKIT hacks is to be reasonably faithful to the setting while still expanding it to incorporate more of UA's available stock of SpecAbs. I want to be careful that I'm just expanding it, and not warping it. It's a self-imposed constraint. I haven't done this much research for a mod since Kill the Heroes of Phlan , but at least in that case info on the Moonsea Realms was easy to come by. It was very much a new spin on action-adventure pulp for the s.

Travel in the game was restricted to the solar system. I think we're supposed to assume that Terran items are the base standard, though. Thanks for the links, Nol! Yes, I had been to most of these. That means that they don't need any ammo. This is probably a good idea. In the SSI games, IIRC, you could get them loaded up to the max which was around rounds which would probably last you the game, or at least until you picked up a better weapon.

The Ranges for each type of gun are correct.

It's currently gets 4 attacks per round, when it should be only 2. Along those lines, can anybody confirm, offhand, if Slings can actually do Multi-Fire per round? 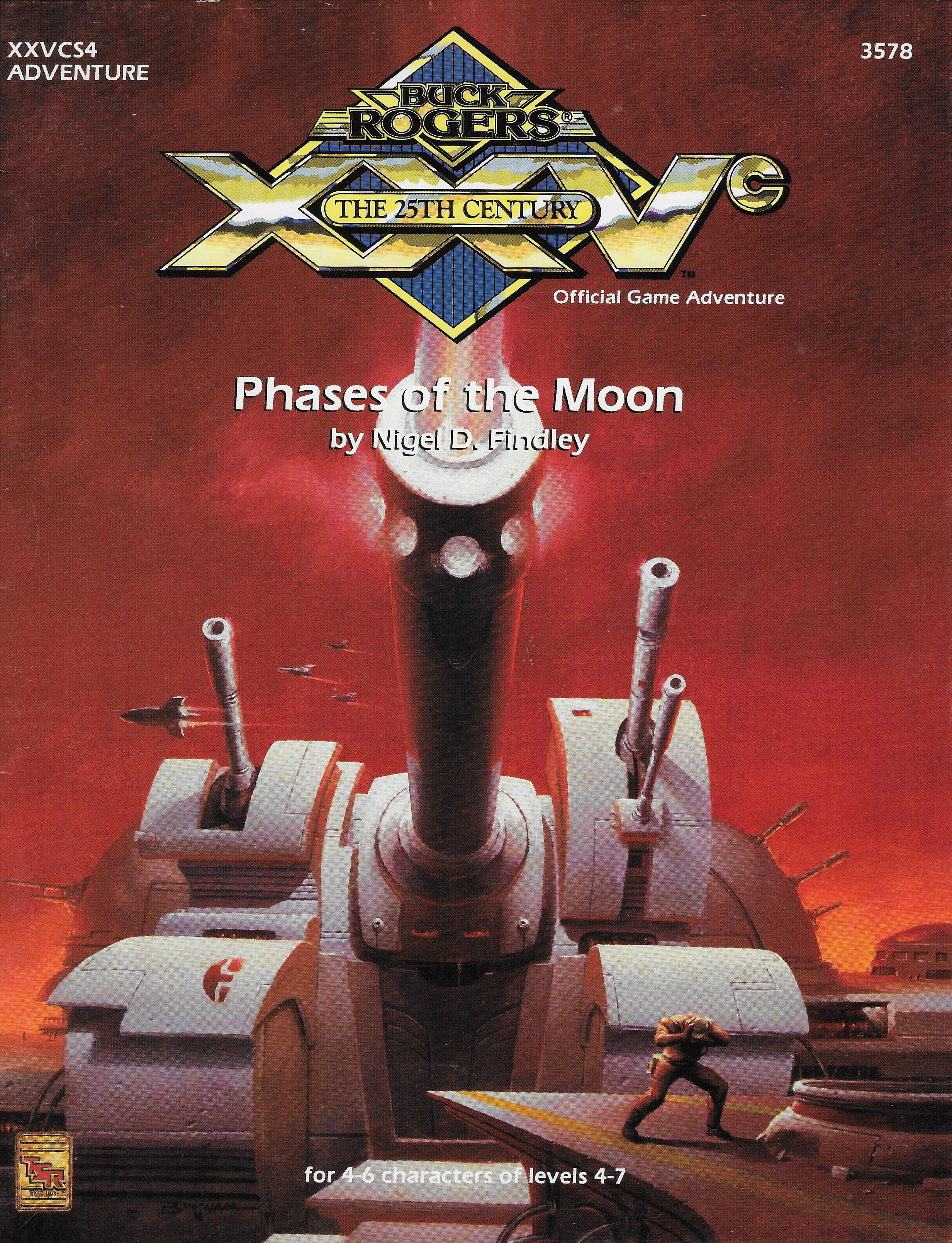 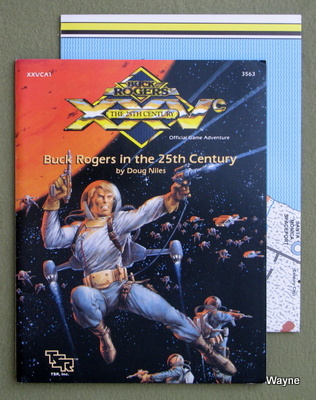